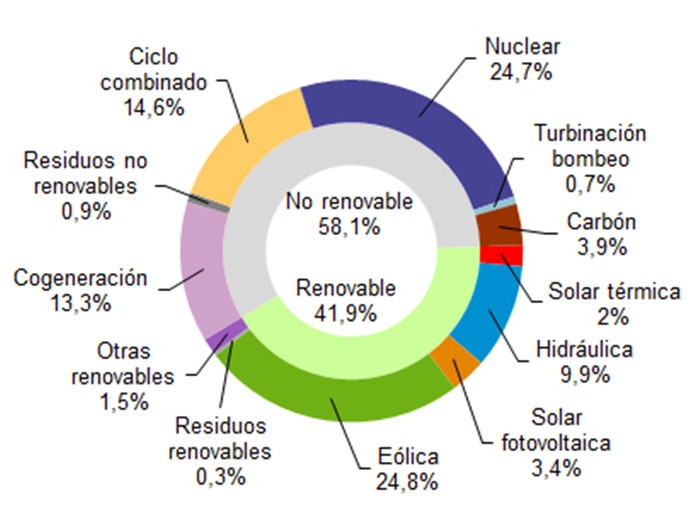 Wind power generation was the leading technology for monthly electricity production in the Peninsula and represented 24.8% of the total.

41.9% of the peninsular generation in April was of renewable origin and 67.3% was produced from technologies that do not emit CO2 into the atmosphere. 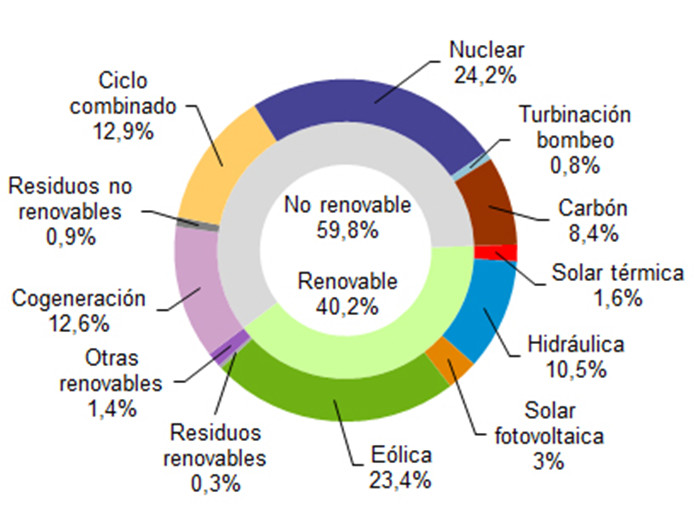 Generation structure from January to April 2019

The peninsular demand for electric power in April is estimated at 19,529 GWh, 2% lower than that registered in the same month of the previous year. If the effects of the calendar and temperatures are taken into account, the figure drops by 1.6% compared to April 2018.

In the first four months of 2019, the demand for electricity in the Peninsula is estimated at 83,572 GWh, 2.7% less than in 2018. Again, once the influence of the calendar and temperatures has been corrected, the demand is 2.1% lower than that registered in the same period of the previous year.

With information available today, the production of wind origin in the month of April reaches 4,666 GWh, 5.7% higher than the same period last year, and accounts for 24.8% of total production.

In the month of April and according to estimated data, generation from renewable energy sources represents 41.9% of production.

67.3% of electricity production this month comes from technologies that do not emit CO2.

China International CSP Conference（CPC2019） is to be held  on 10-12,July,in Suzhou, China. During the conference, Global CSP professionals will conduct in-depth exchanges with each other about the development of Concentrated Solar Power.