The Spanish companies Abengoa and Acciona have celebrated this week the manufacture and assembly of the last of the heliostats that form the solar field of Cerro Dominador: the first solar thermal plant in the tower of Latin America, owned by the funds managed by EIG Global Energy Partners and our construction is being carried out by this consortium. The 700-hectare solar field has 10,600 heliostats that will direct solar radiation into a receiver located 252 meters high.

In this way, the final stretch of the construction of this 110 MW Concentrating Solar Powerproject is faced, which is 85% complete. 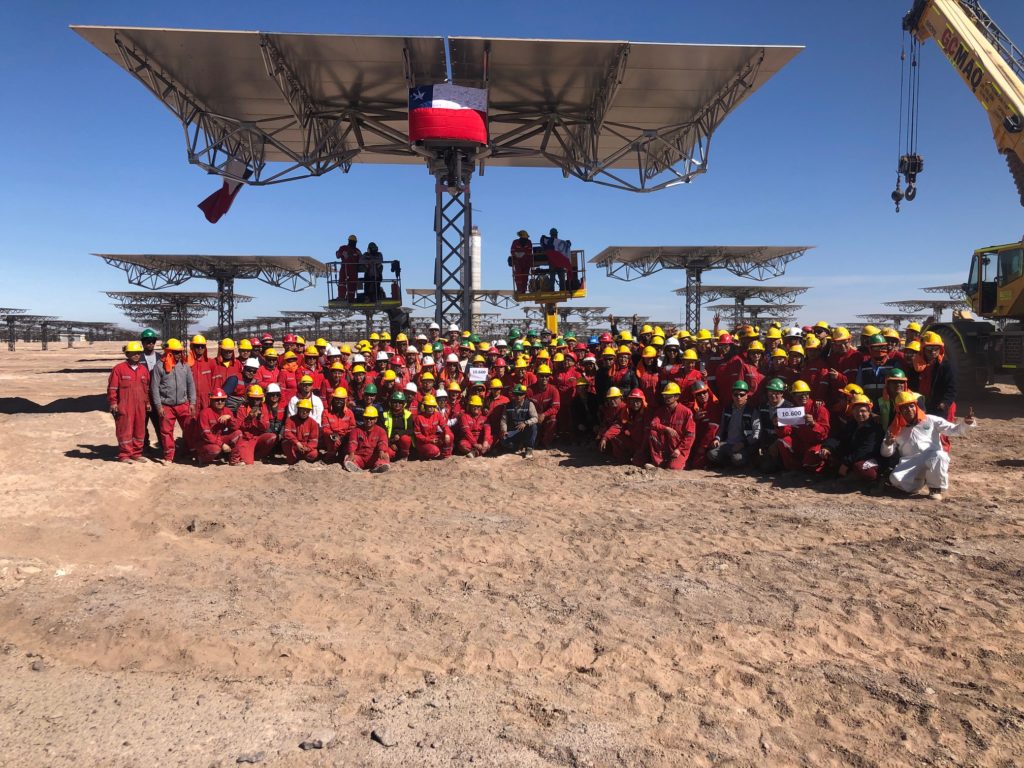 The 700-hectare Cerro Dominador solar field has 10,600 heliostats that will direct solar radiation into a receiver located 252 meters high.

The solar thermal tower plant will join the 100 MW photovoltaic plant already in operation, built by Abengoa and that has been commercially operating since February 2018, to form a renewable energy complex with a total capacity of 210 MW and the first one that combines both technologies across the continent.

The Cerro Dominador Concentrated Solar Power project is located in María Elena, near Calama, in the Antofagasta Region, in the area with one of the highest levels of solar radiation in the world, and in the transmission of clean energy in a manageable way for 24 hours and have a thermal storage capacity in molten sales of 17.5 hours.

Cerro Dominador, a Chilean company that owns investment funds managed by EIG Global Energy Partners (EIG), obtained financing for the project for an amount of US $ 758 million.

Abengoa has been present since 1987 in Chile, a country in which it has developed numerous projects for important mining companies, electrical companies, communications companies and the industrial sector in general. For its part, Acciona began its activities in the Andean country in 1993.