Reported from CSPPLAZA: With the self-declaration by participating companies and the evaluation by the CSPPLAZA platform, the shortlist for CSPPLAZA AWARDS 2019, an annual award in CSP industry, has been confirmed. Today the one for CSP Diversified Market Application Award is going to be revealed, while the public voting channel officially opens.

The finalists for 2019 CSP Diversified Market Application Award are:

There will be 3 winners at the end determined by the way of public voting and the assessment from professional panels.

Depending on the energy consumption characters in industrial heating area, TeraSolar Energy optimized solar thermal power technology and launched a series of heating products, such as medium-low power collector field of east-west axis southward tilt, heat-resisting concrete thermal storage tower, hot water reservoir etc. Furthermore, the heat-resisting concrete thermal storage tower and the hot water heat storage devices can be selected to install based on clients demand and requests for heating stability. This technology system is developed to be capable of providing heat energy with different qualities for agriculture, industry as well as normal life, with its capability of outputting hot water and steam within 50℃-250℃. 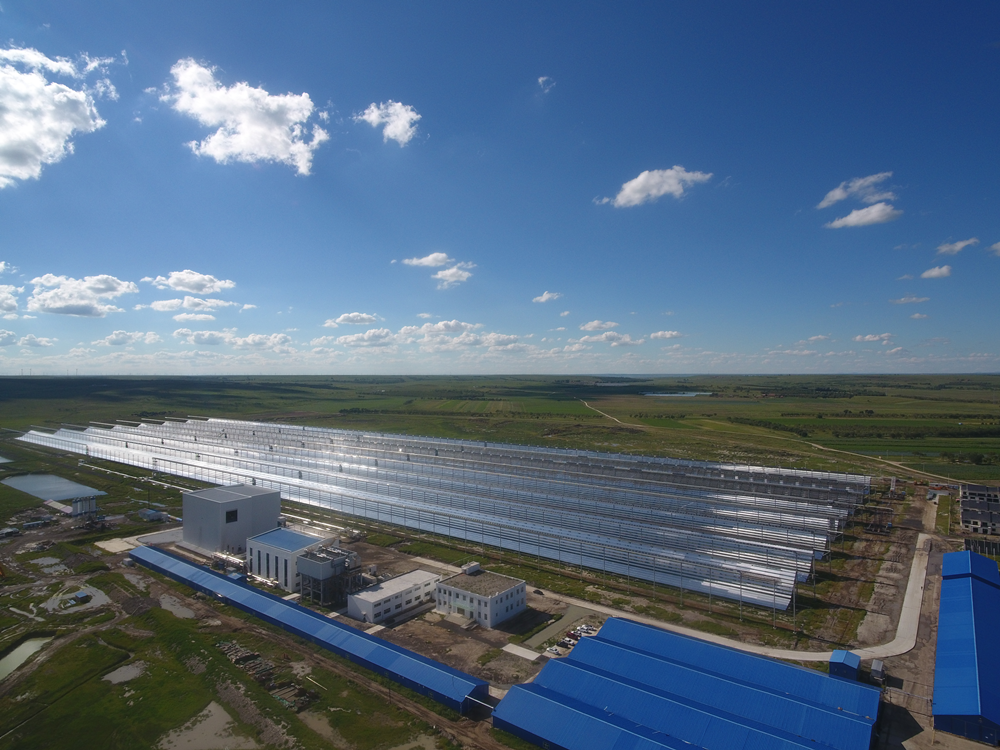 The clean heating project, a sub-project of Lithium Carbonate Project, developed by TeraSolar Energy currently, is planning to build a collector field of 0.8 million square meters, including hot water heat storage devices of 60,000 square meters, and is expected to reach an annual productivity of 15 million tons of water supply, 8000h water supply and 1.5 million GJ of heating supply. Specifically, the project is equipped with affordable medium-low power Fresnel concentrating solar technology, common clean water circular heat transfer technology and large-scale long-term heat storage pool technology, whose payback period is considered to be under 5 years, and the heating price is under 45yuan/GJ.

Runh Power Corp. Ltd has been focusing on design, development, manufacturing, installation, and operation of new generation trough solar collectors, in a partnership with Rackam // Solar Thermal Processes since 2017, to realize cost-effective application of trough solar power medium temperature technology. Rackam is devoted to providing effective CSP solutions for energy-insentive industrial users, and is capable of generating heat power under the temperature of 75℃ to 300℃。

Rackam applied light trough collectors as core heat collecting units, which adopt aluminum alloy holder, as well as mirror reflex aluminum as concentrating lens. the frame structure of which is able to significantly reduce the weight of collectors. Precisely, the concentrating lens was equipped with cellular integrated structure design, which not only took advantage of effective reflectivity of reflex aluminum, but also guaranteed the structure intensity of collectors. Generally, all the facilities are provided in a way of modular manufacture, which is convenient for assembling, adjusting, and maintaining. Furthermore, the three different collecting technologies provided by Rackam-rack10、rack20、rack30, are considered to be adopted separately in the areas of roof and floor installation as well as large-scale projects at present time.

Currently, the Office Building Heating Project located in Liaocheng Shandong constructed by the consortium with the installation surface of 452㎡, the heating surface of 2500㎡ and the designing power of 192KW, has been perfectly completed, same to the Barcelona Elis Laundry Room Solar Energy Project with installation surface of 858㎡ and designing power of 429KW assembled on roof. Thus, the successful construction of the two projects proved the characteristics of serviceability and cost-effectiveness of the technology.

Taking the Ningxia Cezanne trough industrial steam project as an instance, this project equipped with 24 TRP-B trough collectors provided by BoYu with a collecting surface of 1680㎡ has been performing well since in July 2018, which applied HTF as heat transfer medium, generating high temperature steam through oil-water heat exchanger, with a daily capacity of 5.1t steam of 180℃. 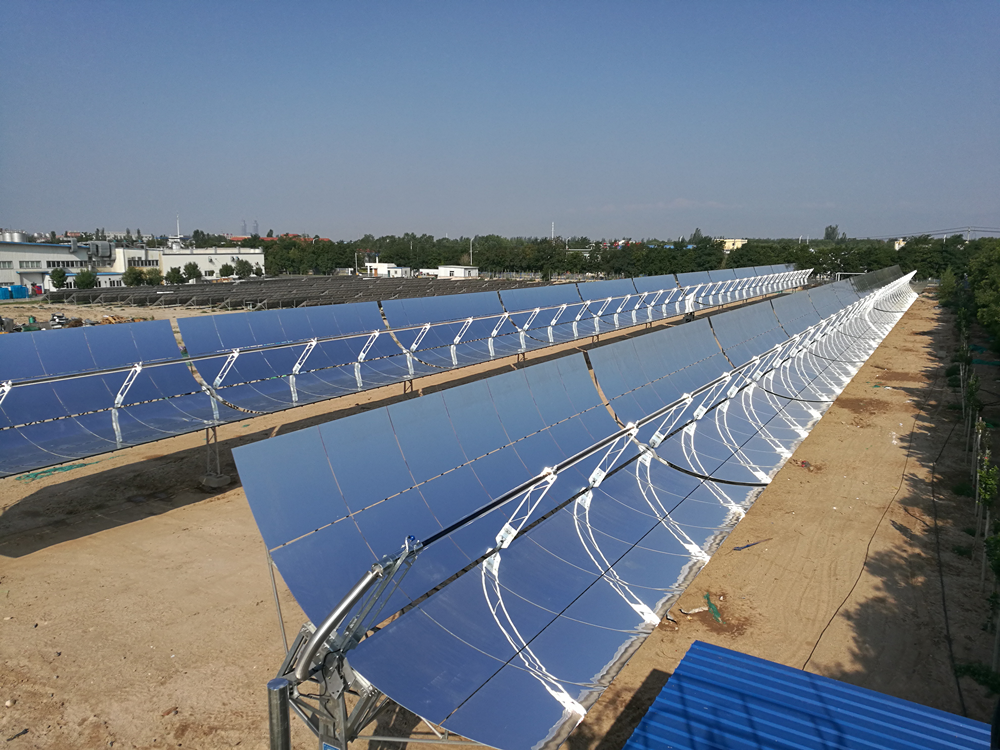 There are two companies’projects in Belgium equipped with the TRP-B trough solar energy collectors which has already been delivered to Belgium at the end of May this year. The two projects are separately located in Proviron Oostende and ADPO Antwerp in Belgium with a total collecting surface of 2240㎡ in the first phase.

Reasons for entry: Extend CSP diversified market based on the domestication of Stirling Engine and dish concentrating solar technology.

Orient honghai whose mission has been focusing on the localized developing and manufacturing of Stirling Engine since 2011, built a world-first automatic production line with an annual capacity of 1000 sets of Stirling Engine in Zhangjiagang in 2016 after10-years’ accumulation and development, which not only reached the domestication of Stirling Engine, but also significantly reduced the production cost, removing the high cost problems for its development to civilian market. 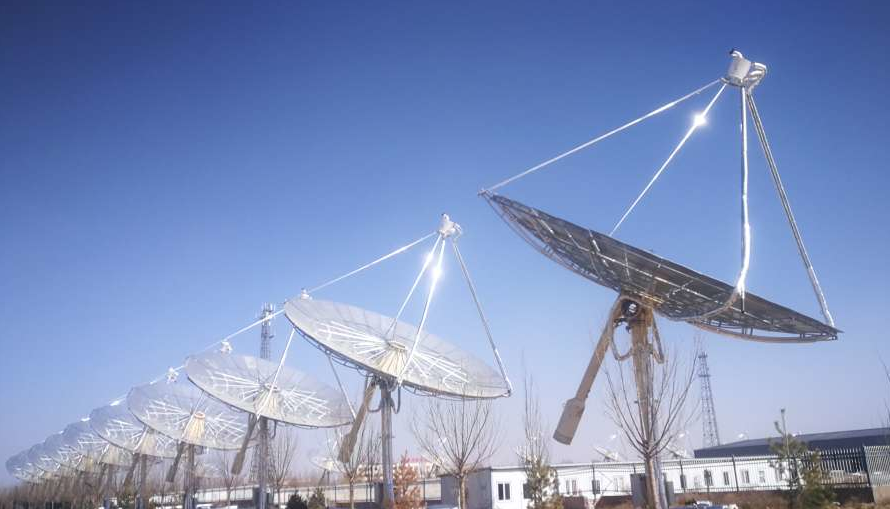 Minera El Tesoro, a project constructed by Abengoa S.A. for a copper mine, is the largest heat utilization project of Abengoa, with the investment of 14 million dollars and the thermal power of 7MWth. It applied the Abengoa PT-1 collectors with a collecting surface of around 17,000㎡, which is believed to reach 55% diesel oil consumption saving annually, and realize 1000t reduction on CO2 emission. 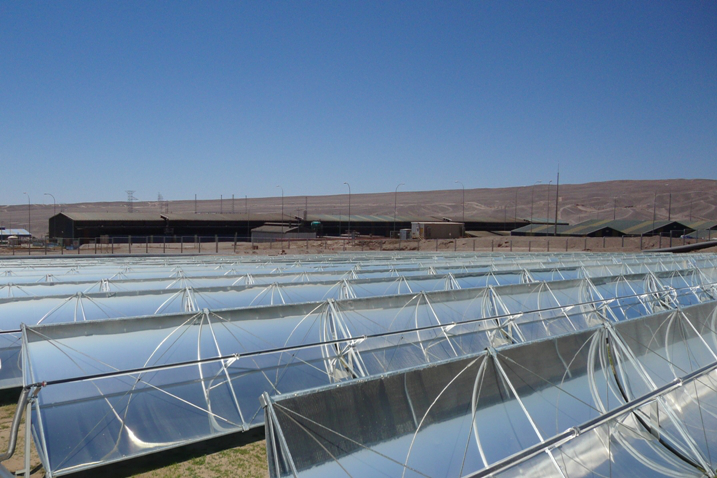