Beyond its operations in China, Shanghai Electric Group (601727) (2727) has long had established projects overseas, especially in the Middle East. The company has embarked on numerous projects in the solar power, gas-powered electricity, energy management and desalination. 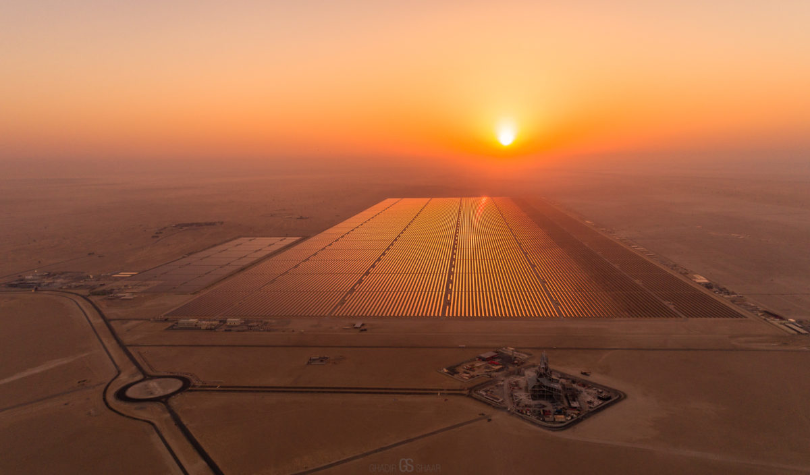 More recently, it has clinched the tender to serve as the engineering, procurement and construction (EPC) contractor for concentrated solar power (CSP) and photovoltaic (PV) projects in Dubai, which is part of the fourth phase of the Mohammed bin Rashid Al Maktoum solar power complex in the United Arab Emirates (UAE).

The project will have a total capacity of 950MW – the largest in the world for a single CSP and PV solar plant – and covers a record-size area of 44 sq km. In particular, it will consist of a 260m CSP tower with capacity of 100 MW, a parabolic basin complex with capacity of 600 MW, as well as photovoltaic panels with capacity of 250MW.

Shanghai Electric began construction since last year, and total duration of construction is estimated at 48 months. The 700MW CSP project is expected to complete by the end of 2022. The 250MW PV plant will deliver clean energy at the world’s lowest levelized cost of USD 2.4 cents per kWh upon completion.

On Dec 2, Shanghai Electric reached new milestones in the project with announcement of 110m of the CSP tower successfully constructed, and the mega tall tower will see foundation to be capped next month. Once construction is finished, the CSP tower will be the tallest in the world and help to usher in the most advanced heat generation and wireless heliostat technologies.

This Dubai project is truly an iconic project for the Middle East market, and will accelerate the switch to clean energy in city and UAE as a whole. According to Sheikh Mohammed Bin Rashid Al Maktoum, vice president and prime minister of UAE and ruler of Dubai, the project will help achieve the goal “for 75% of Dubai's energy needs to be met by clean power by 2050”.

The prime minister added that the UAE will continue to pursue “ambitious investments with an emphasis on projects that have a positive impact on people’s lives”. With its deep involvement in the project, Shanghai Electric has also made its mark on the international stage and enhanced its competitiveness in the global market.