Sener, a Spanish-based technology and engineering company, has so far invested R800 million in direct long-term investment in renewable energy infrastructure in SA.

This was revealed by Siyabonga Mbanjwa, Sener’s southern Africa regional MD, during a media roundtable in Sandton yesterday.

The company entered the South African market in 2013 as a consortium member, technology provider and engineering sub-contractor for various solar power projects.

According to Mbanjwa, Sener also created over 4 000 jobs during construction, commissioning and testing at the three power plants it has been involved in since 2013.

Last week, the company announced one of the projects it is involved in, the Kathu Solar Park, had successfully been synchronised to the national grid.

Construction of the R12 billion Kathu Solar Park, located in the Northern Cape, commenced in 2016.

Kathu was awarded preferred bidder in the 3.5 round of the Renewable Energy Independent Power Producer Procurement Programme, led by the South African Department of Energy.

Sener was also a partner at the 50MW Bokpoort Concentrated Solar Power (CSP) project, also in the Northern Cape. The power plant has been operational since 2016.

Bokpoort CSP is a greenfield independent power project (IPP), which is an integral part of SA’s renewable IPP programme. In May 2012, a consortium, led by ACWA Power, was announced as the preferred bidder to develop the Bokpoort CSP.

The other CSP project Sener took part in was the 100MW Ilanga CSP, near Upington in the Northern Cape.

Commenting on the recently published draft Integrated Resource Plan (IRP) 2018, Mbanjwa said although Sener welcomes the document, it is concerned about the downgrading of CSP in SA’s energy mix.

CSP systems generate solar power by using mirrors or lenses to concentrate a large area of sunlight, or solar thermal energy, onto a small area. On the contrary, PV systems convert sunlight directly to electricity by means of PV cells made of semiconductor materials. 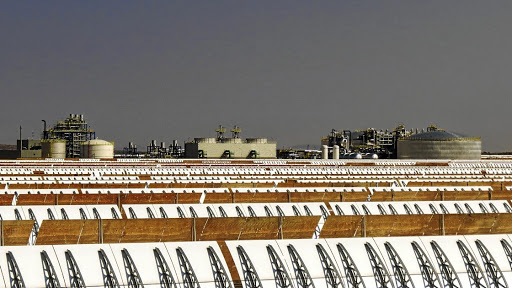 Following a public-wide consultation, the Parliamentary Portfolio Committee on Energy has adopted the draft IRP 2018. In this process, the committee received around 41 written submissions, including 38 requests to make oral submissions.

He pointed out the draft IRP 2018 seems to have ignored the advantages of CSP.

“The advantage of CSP over PV is that, as a thermal technology, running a conventional thermal power block, a CSP plant can store the heat of solar energy in molten salts, which enables these plants to continue to generate electricity whenever it is needed, whether day or night,” Mbanjwa said.

Sener has submitted its comments to the Department of Energy regarding the draft IRP 2018.

“We proposed the minister of energy makes policy adjustments to final IRP by matching megawatts that were allocated in IRP 2010 (1 050MW) to be maintained.

“We also proposed a new procurement process that introduces aggressive but realistic tariff caps for all technologies, and the minister to consider a CSP and PV hybrid as an option in future bid windows,” he concluded.