The Noor Midelt plant will be the fourth CSP plant in Morocco and the third to use parabolic trough technology.

On May 21, Morocco awarded the Noor Midelt I CSP-PV project to a consortium led by France's EDF at a new record low price of 68 dirhams/MWh ($71/MWh).

The consortium, which includes the UAE's Masdar and Morocco's Green of Africa, will build an 800 MW facility with five hours of energy storage capacity, the Moroccan Agency for Sustainable Energy (Masen) said. Spain's TSK group will act as technology provider and engineering procurement contractor (EPC).

Noor Midelt I will consist of 200 MW of parabolic trough CSP capacity and will use a combination of thermal energy storage and battery storage technologies for greater efficiency, Oliver Baudson, Managing Director at TSK Flagsol, the specialist CSP subsidiary of TSK, told New Energy Update.

The plant will be located 20 km north of the town of Midelt in central Morocco, on a site measuring direct normal irradiance (DNI) of around 2,360 kWh per square-meter per year. Construction will begin in Q4 2019 and the plant is due online by 2022, EDF said. 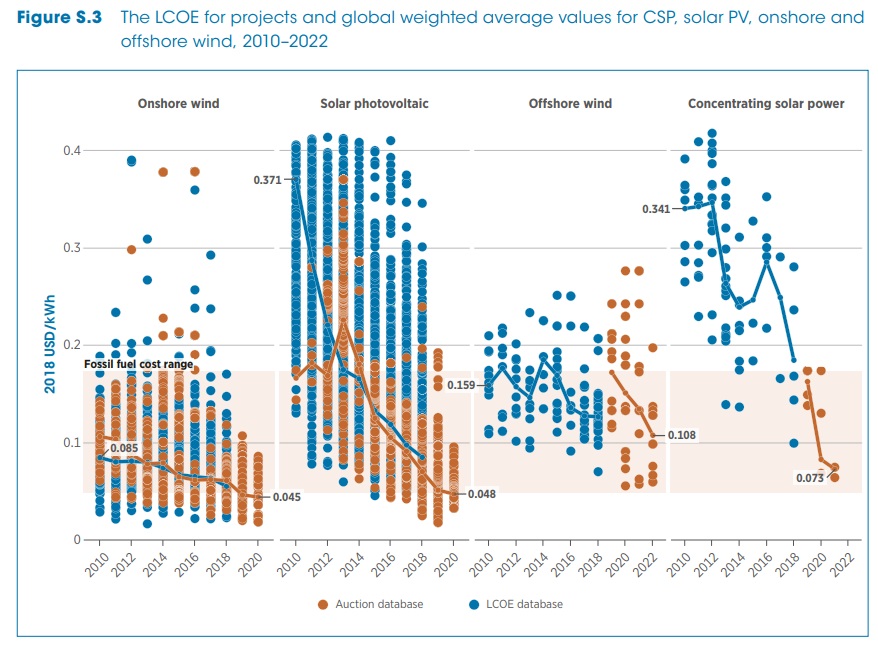 The lower price for Noor Midelt I shows how design and installation innovations and Morocco's supportive development framework are continuing to drive down costs. The project will also receive significant financing support from multilateral groups and the tariff price is around half the tariff price awarded to ACWA Power's Noor III CSP tower plant which came online in December.

CSP developers are using economies of scale and design efficiencies from combining CSP and PV to lower the levelized cost of energy (LCOE).

Noor Midelt I will be a fully integrated single plant concept, unlike the Noor Energy 1 project in Dubai, where CSP tower, parabolic trough and PV technologies will be co-located.

Recent project tenders show that a "step change" in costs will occur in the next four years, placing costs consistently in the range of $60/MWh to $100/MWh, it said.

The Noor Midelt I project achieves a low tariff price by deploying each technology at its “sweet spot," Baudson said.

The design is based on “major generation of cheap PV during the daylight hours and major deployment of flexible and dispatchable CSP beyond such sunlight hours," he said.

Noor Midelt I will integrate different storage systems, including thermal energy storage and battery storage, into a single plant concept.

"CSP is by far the cheapest technology to operate from storage," Baudson noted. "So in this project with its particular requirements a commercially highly attractive blending of different energy sources and cost could be achieved."

The hybrid design will provide installation savings by reducing the size of the solar field compared with a stand-alone CSP project, Baudson added.

The PV field will be constructed in parallel to the CSP plant. Faster build times for PV could, depending on contractual requirements, provide earlier generation revenues for the project, he said.

The Noor Midelt I project forms part of Morocco's plan to supply 52% of power generation from renewable sources by 2030, equivalent to 6 GW of new capacity.

The dispatch capabilities of CSP with storage fulfils Morocco's load requirements. Morocco has a direct need for night-time power, which will be served by the five hours of storage on the Noor Midelt I project.

For the parabolic trough plants at Noor Ouarzazate, prices fell from $189/MWh for the Noor I plant, commissioned in 2016, to $140/MWh for Noor II, online since early 2018.

Morocco is utilising a "plug and play" approach to plant procurement, where many development and financial risks are assumed by Masen.

Masen acts as offtaker, selling on the power to the Moroccan state, and provides lending resources and minority shareholder equity to the projects. In addition, Masen manages risks associated with land acquisition and social issues and carries out a range of studies to reduce development risk, including geotechnical, hydrological and environmental impact studies.

This process allows the bidders to "focus on proposing the best tariff per kilowatt-hour and the best technical configuration," Meryem Lakhssassi, Sustainable Development Officer at Masen, told the MENA New Energy.

"All these elements are in favour of efficiency, in terms of timing and transaction," Lakhssassi said.

Financing costs for CSP plants typically represent around half of total project costs and the Noor plants have benefited from multilateral finance which have produced competitive terms on pricing and tenor.

This multilateral support will play a key role in minimizing costs.

For the Noor I project, for example, concessional financing reduced the LCOE by around a quarter, according to ACWA Power.