HE Saeed Mohammed Al Tayer, MD & CEO of Dubai Electricity and Water Authority (DEWA), has inspected the 4th phase of the Mohammed bin Rashid Al Maktoum Solar Park. The 4th phase is the largest single-site Concentrated Solar Power (CSP) project in the world. Based on the Independent Power Producer (IPP) model, it will generate 950 megawatts (MW) at an investment of AED 15.78 billion. 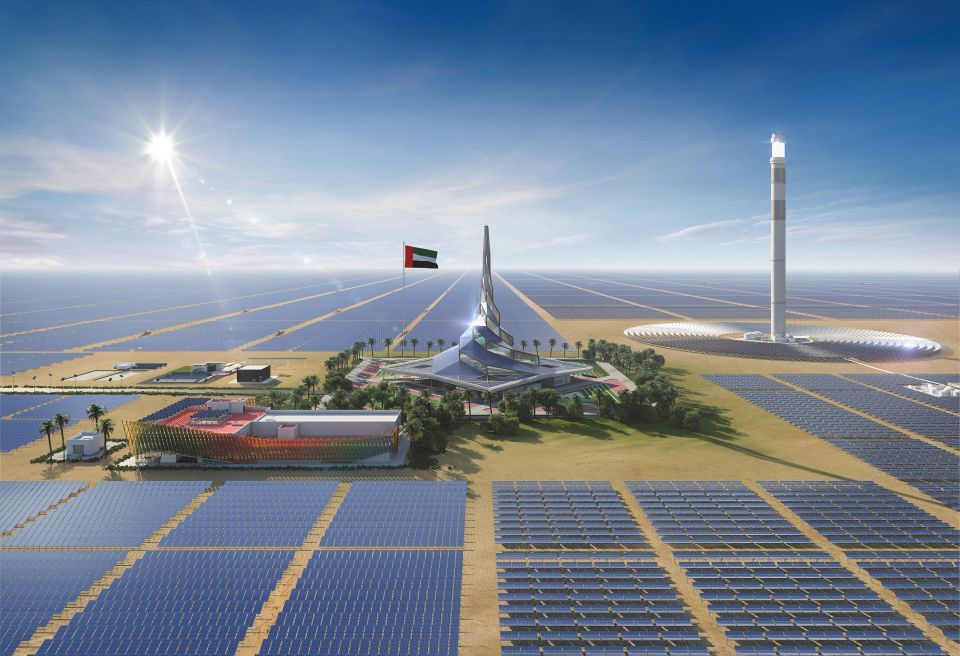 During the visit, Al Tayer was accompanied by Waleed Salman, Executive Vice President of Business Development and Excellence at DEWA; Jamal Shaheen Al Hammadi, Vice President of Clean Energy & Diversification at DEWA; and a number of DEWA officials.

Al Muhaidib confirmed that the completion of the concentrated solar tower construction phase is ahead of the planned schedule by 7%. When fully constructed, the tower will be the world’s tallest CSP tower at 260 metres. In addition, 73% of the construction of the solar field of the tower has been completed, including the completion of the main structure for the assembly and installation of heliostats. The project will use 70,000 heliostats, and the largest global thermal storage capacity of 15 hours; allowing for energy availability round the clock.

The fourth phase of the solar park is the largest single-site solar IPP project in the world that combines CSP and photovoltaic technology. The phase will use three technologies to produce 950 megawatts (MW) of clean energy. It will use 700MW of CSP; 600MW from a parabolic basin complex and 100MW from a solar tower; and 250MW from photovoltaic solar panels.

This phase will provide clean energy for 320,000 residences and will reduce 1.6 million tonnes of carbon emissions annually. The project, which will cover an area of 44 square kilometres, is the world’s lowest CSP Levelised Cost of Electricity (LCoE) of USD 7.3 cents per kilowatt-hour with the lowest LCoE for photovoltaic technology of USD 2.4 cents per kilowatt-hour.

DEWA has issued a Request for Qualification (RFQ) for developers to build and operate the fifth phase of the Mohammed bin Rashid Al Maktoum Solar Park, with a capacity of 900MW. The phase will use photovoltaic solar panels based on the IPP model. It will be commissioned in stages starting from Q2 of 2021.

China International CSP Conference（CPC2019） is to be held  on 10-12,July,in Suzhou, China. During the conference, global CSP professionals will conduct in-depth exchanges with each other about the development of Concentrated Solar Power projects around the world.