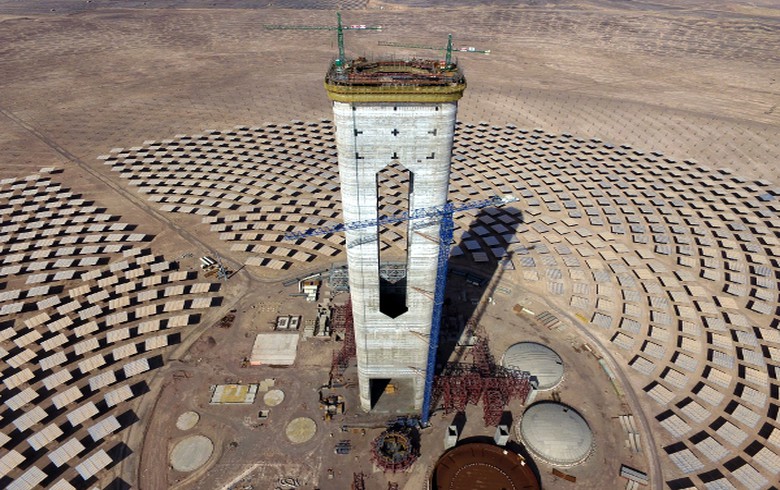 Image of the construction of the solarthermal plant of Cerro Dominador. Source: Abengoa (www.abengoa.com)

A fire that broke out Tuesday evening local time at the construction site of the 110-MW Cerro Dominador concentrated solar power (CSP) plant project in Chile has been brought under control.

The project company Cerro Dominador said on Twitter that the fire was noticed in the upper section of the CSP tower, where it reached flammable material. There was no construction work carried out at the time. Due to the tower’s height, aerial firefighters were requested to control the situation.

The company reported no injuries to workers or anyone else present at the site of the incident. So far, there is no evidence that the fire was started intentionally, and its cause will be determined in the ensuing investigation.

While describing the scope of the material damage as significant, the company said it expects to resume construction as soon as possible. The project is in the final stage of construction and more than 85% completed.

The Cerro Dominador solar complex in the Atacama desert consists of a photovoltaic (PV) component totalling 100 MW and a 110-MW CSP plant with 17.5 hours of storage in molten salts. The project is controlled by Washington-based private equity firm EIG Global Energy Partners.