China’s Shanghai Electric Corporation (SEC) is the lead EPC Contractor for the project, which will host 15 hours of molten salt CSP storage capacity and be brought online in phases in 2020-2022.

In January, Germany’s Siemens announced it would supply four steam turbine generators and auxiliary equipment for the parabolic trough and tower plants.

The Dubai Electricity and Water Authority (DEWA) awarded the Noor Energy 1 project at a record low tariff of $73/MWh.

The 35-year PPA is over 10 years longer than typical arrangements, spreading the initial investment across a longer period and reducing the annual cost of capital.

Until the Noor Energy 1 deal, the average length of PPAs for active CSP projects was 23.8 years, with the longest reported at 25 years, according to New Energy Update’s Global CSP Tracker.

“To support the lifetime of 35 years, all suppliers had to confirm and calculate fatigue requirements,” Svante Bundgaard, CEO of Aalborg CSP, told New Energy Update.

“The most evident enhancement is an increase in the thickness of the galvanised steel structure of the collector,” Gonzalez de Una said. 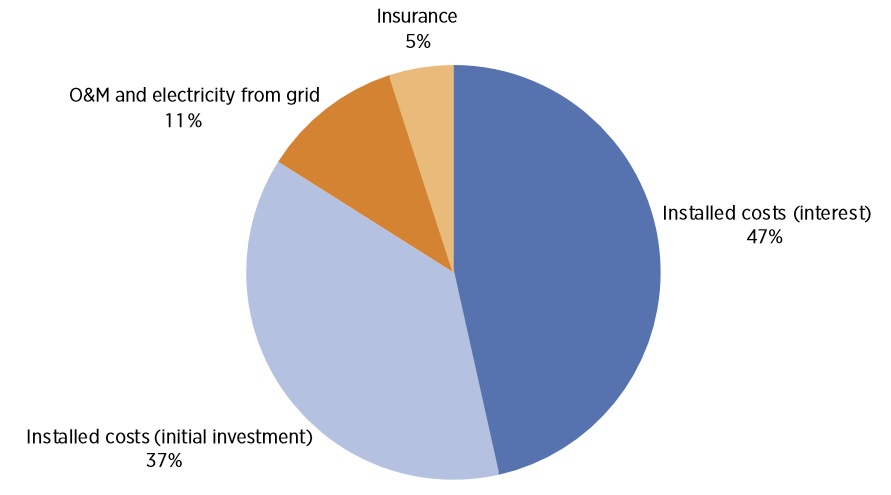 “Given the nature of CSP operations, it is essential that the steam turbines used in these plants be highly efficient and offer rapid start-up times,” Siemens said in a statement in January.

The 100% welded coil design is based on steam boiler technology already proven in conventional power plants, he said.

SEC is one of China’s top five power generators and has a total installed capacity of over 107 GW, including 5 GW of solar power and 10 GW of wind.

The Noor Energy 1 project is SEC’s first CSP project outside of China. The company is currently acting as co-EPC with BrightSource Energy in China to build the 270 MW Huanghe Delingha CSP Generation tower project.

China is forecast to install 1.9 GW of new CSP plants by 2023, almost half of new global capacity, the International Energy Agency (IEA) said in a report in October.

“SEC has worked very hard to reduce cost by optimization with key suppliers asking for inputs and ideas,” Bundgaard said.

“This open and cooperative approach has secured them many cost reductions both in terms of direct capex, efficiencies and installation schedule,” he said.

“SEC is a massive group with vast experience in power plants and manufacturing which brings value to the project and to the cooperation between the two companies,” Gonzalez de Una said.

Project partners are using economies of scale and low-cost Chinese manufacturing learnings to drive down costs.

“The large scale of the project helps to reduce component prices because there are more suppliers interested in entering the industry,” Gonzalez de Una said.

Site logistics is one of the greatest challenges for suppliers, Gonzalez de Una said. The company estimates more than 30 containers per day will arrive at the site, requiring optimized planning of storage, transportation and port facilities.

“Everything needs to be perfectly synchronized,” she said.

Logistics challenges have been heightened by an accelerated construction schedule.

Under a revised plan, the first parabolic trough plant and the central tower unit are scheduled to be completed before the Expo 2020 Dubai takes place in October 2020, six months earlier than the previously-announced target.