The Emirati utility and the Chinese communications giant and inverter maker have discussed how they can work together to roll out solar and storage in Dubai as well as collaborating on cyber security and the use of AI to analyze cyber threats. 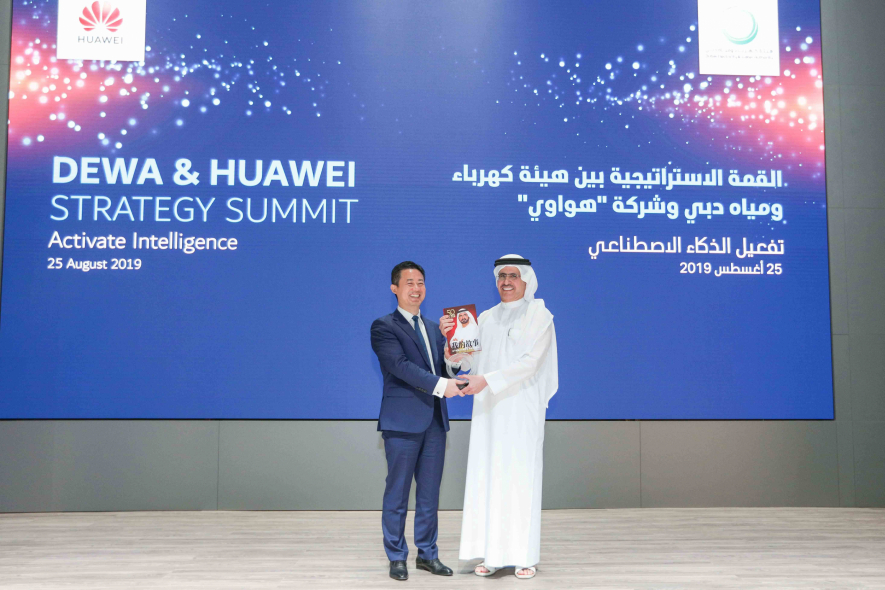 The UAE state-owned infrastructure company said a strategic summit held with counterparts from Huawei discussed how the partners will work together on information and communications technology security, cyber security, information security and the use of artificial intelligence to analyze cyber threats, as well as drone tech.

DEWA managing director and CEO Saeed Mohammed Al Tayer – quoted in a press release issued yesterday on the DEWA website – said the partners would work to bring about objectives such as the Digital DEWA program to drive innovation in solar power generation, energy storage and smart transmission networks in the UAE.

The program also includes an ambition to provide digital services which already enable DEWA to offer video surveillance as a service, according to Al Tayer.

With the DEWA chief touting the sort of projects Huawei and the state-owned utility would work on, drone technology would also be involved, according to Marwan Bin Haidar, executive VP of innovation and the future at DEWA.

The strategic summit will lead to the establishment of a joint AI lab for the Middle East, according to the DEWA press release, as well as a training program for DEWA staff and the marketing of digital services in the UAE and “around the world”.

Following the summit at the DEWA Campus for Occupational and Academic Development at Al Hudaibah in Dubai, Charles Yang, president of the Middle East region at Huawei Technologies, said: “New technologies such as 5G, AI, cloud computing, are developing very fast and will change everyone’s life. The technologies will bring challenges and opportunities to each industry.”