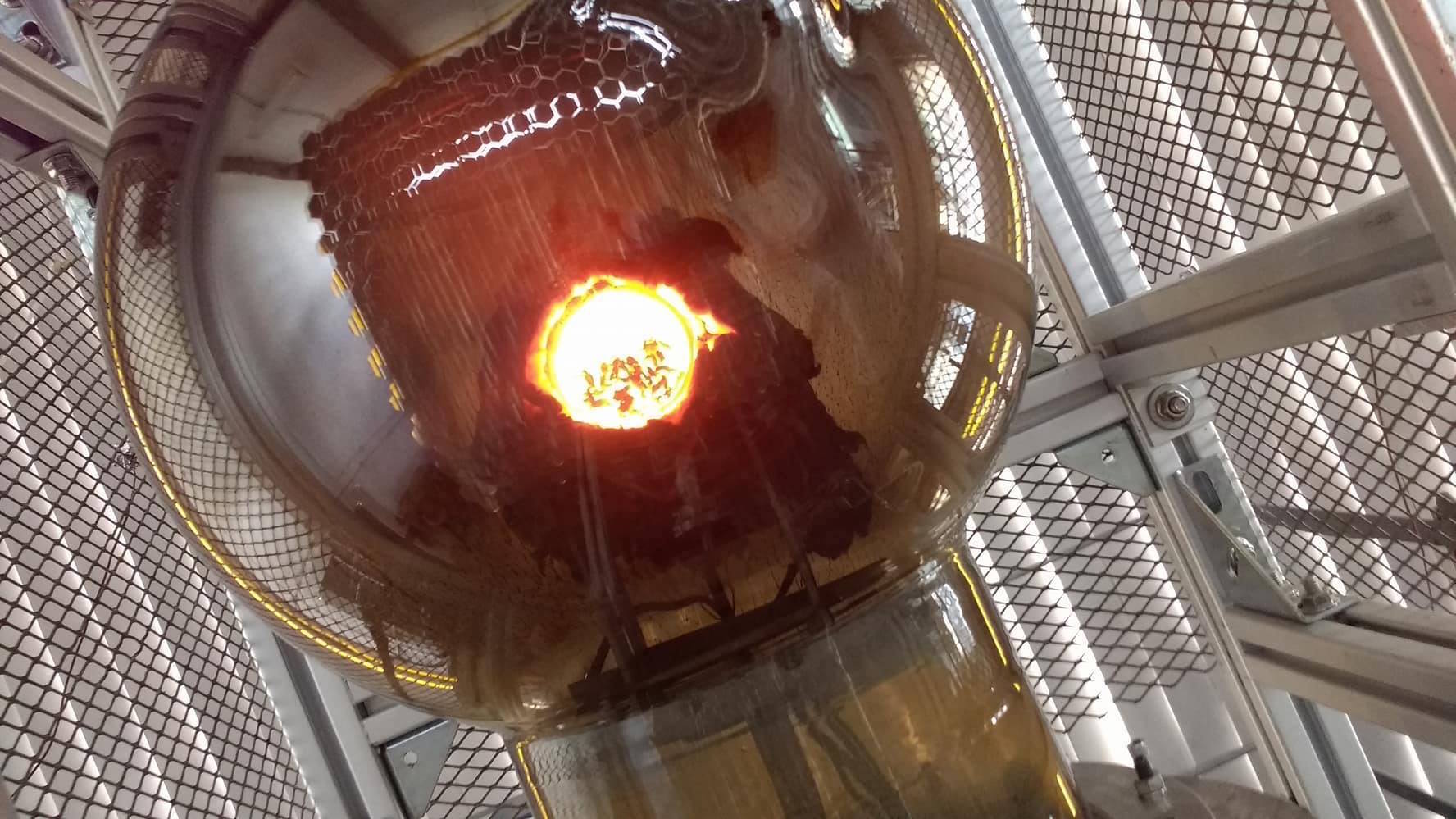 Solar Pyrolysis Of Agave And Tomato Pruning Wastes: Insights Of The effect Of Pyrolysis Operation Parameters On The Physicochemical Properties Of Biochar   IMAGE@Heidi Villafán-Vidales

Charcoal might seem like a very low tech product, but lithium batteries, water filtration and super-capacitors are among its high tech end uses, and the requirements for these different purposes are actually very exacting.

Solar researchers in Mexico are investigating the various temperatures and the rate of heat needed to make different biochars from agricultural crop residue using a solar furnace. Mexico is a good candidate for substituting a solar process for biochar production because it has both a large agricultural sector and an excellent solar resource for this thermal form of solar. (How CSP works)

The investigators are focusing on making biochars from the crop residue of two commercial crops that generate millions of tons of waste in Mexico annually. Mezcal supplies an alcoholic drink like Tequila and generates agave waste. Mexico’s second largest crop is tomatoes, and each tomato plant has up to three meters of abundant leafy waste that is nearly gets discarded currently. Both crop residues are ideal raw material for making biochar.

Ending the burning of fossil fuels for industrial process heat will be key to decarbonizing the future. Very high temperatures are required to make these biochars. Depending on the end product, some require around 450°C and others require even higher temperatures. Solar furnaces and reactors for solar fuels are being developed at research laboratories around the world that can provide temperatures up to 1500°C.

In a paper presented at the SolarPACES Conference in Morocco; Solar pyrolysis of agave and tomato pruning wastes: Insights of the effect of pyrolysis operation parameters on the physicochemical properties of biochar, researchers at the Instituto de Energías Renovables-Universidad Nacional Autónoma de México (IER-UNAM) analyze the solar pyrolysis processes for making various biochars.

“In conventional pyrolysis non-renewable resources are used to reach such high levels of temperature. So this motivated us to propose a solar method to manufacture carbon materials with different end uses by using renewable energy and agricultural wastes,” noted the paper’s co-author Heidi Villafán-Vidales, who researches solar thermochemical processes at IER-UNAM.

She said that Mexico has an important market oriented to the agriculture sector; where several tons of agricultural waste are produced every year. “But unfortunately, there is no policy to cut emissions produced by the agricultural sector. This is a huge problem because the traditional practices increases air pollution. These wastes are just open-air burned.” 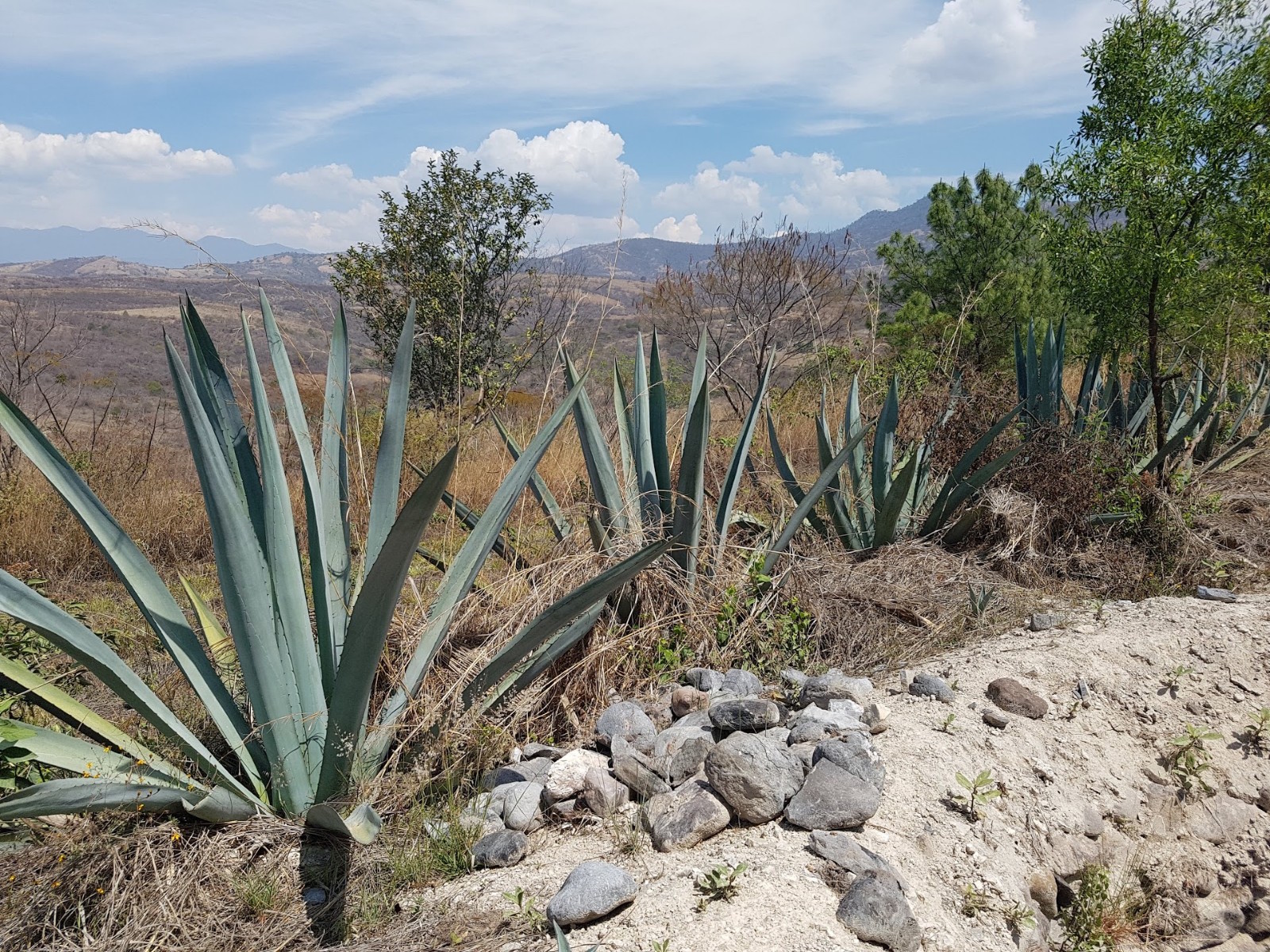 “Although solar pyrolysis would not have greenhouse gas emissions,” she added; “the burning process itself emits gases from the burning biowaste, such as CO, CO2 and CH4. So to have a zero emissions technology we would incorporate a system that allows us to separate, store and use these gases.”

Carbon capture is possible because solar furnaces and reactors are designed for thermochemical processes in which they must capture and separate each specific gas for making solar fuels, which she noted is the much larger research area for processing biowaste; solar biochar production has been relatively unexplored.  Solar pyrolysis could potentially improve not just the carbon footprint but also the economics of biochar production, because currently, a third of the crop is open-air burned to generate the heat, which cuts into the amount of biochar produced.

The team had direct contact with agricultural producers so they were able to use real samples. They were interested in obtaining a biomass with a high lignin content because that can yield the most char. Villafán-Vidales said they had previous talks with agricultural experts; “where they explained to us that these types of wastes are scarcely used and represent a big environmental problem.”

The high tech markets for chars

While the biggest market for biochar is soil remediation, the team initially focused on a smaller “high-value added” market with very specialized char or carbon material requirements.

“Our process aims to produce quality chars that could be used in highly-specialized applications, such as supercapacitors, which use char as electrodes, and its performance depends on the char’s properties,” she explained.

The different end uses require different chemical and physical properties. Each char must accomplish specific characteristics. For example the char used in water filtration or remediation and air decontamination should have a high surface area, so high porosity and therefore more surface area is needed.

In energy storage applications, carbon materials are used to fabricate supercapacitor electrodes whose performance depends on the properties of manufactured materials – the surface area, composition, and pore structure.

Different processes to make each type of char

To create the specific chemical and physical properties, the heating rate and the temperature at which it is burned must be accurately controlled. The team tested several different heating rates and temperatures from 450°C to 1500°C to study the structural and chemical properties of the chars obtained, and determine how these differences impact the different applications.

“We wanted to analyze the chemical and physical properties of chars in order to find the right operational conditions – the temperature and heating rate – for obtaining chars for different end uses,” she explained.

“Chars obtained between 450°C and 800°C are more useful for soil improvement, water and gas filters, and super-capacitors; since they have more oxygen, porosity, and sufficient electric conductivity. Chars obtained above 900°C are even more conductive, have less porosity, less oxygen, and are more hydrophobic; which are perfect for lithium or sodium batteries.”

The team is now evaluating chars that they expect would be suitable for these batteries. Once their results are in hand, “if they work, we will have something to show to these industries.” To evaluate their results, they characterize the physical and chemical properties at the elemental level.

“The elemental analysis is an important technique that tells us the amount of carbon, hydrogen, nitrogen, oxygen and sulfur in each char: For example, a high amount of sulfur is not desirable because that reduces performance In some applications,” she noted.

Another important parameter is the surface area or the available area which is related to the porosity. This parameter is measured by methods that measure how much nitrogen adsorbs the char structure, and they can interpret these measurements using several models.

To create these high temperatures, they focused the equivalent of around 2,000 to 5,000 “suns” – the lab equivalent of mirrored reflections of the sun – onto a “home-made” spherical reactor they built using borosilicate, placed at the focal point of the research institute’s 25 kW solar furnace.

IER-UNAM’s solar furnace for research has a higher potential concentration ratio, with a peak concentration of 18,000 suns, but the researchers need only a portion of its capacity because char processing temperatures required are lower than the maximum it produces. At the commercial level, the heat would be created by actual sunlight reflected from mirrors focused on a central solar tower.

For the next step the research team plans to develop a 10 kW solar reactor prototype to produce chars with the specific efficiencies and properties they need for each market. For this 10kW reactor they will add to the end uses they are currently analysing: they will also develop the process to serve the biggest biochar market: soil remediation.