CSP’s costs are dropping as the market gains steam in the Middle East and China. Can this once-promising technology regain its mojo?

Concentrated solar power (CSP), a renewable energy technology that has more or less dropped off the radar in the U.S., is quietly becoming competitive elsewhere. 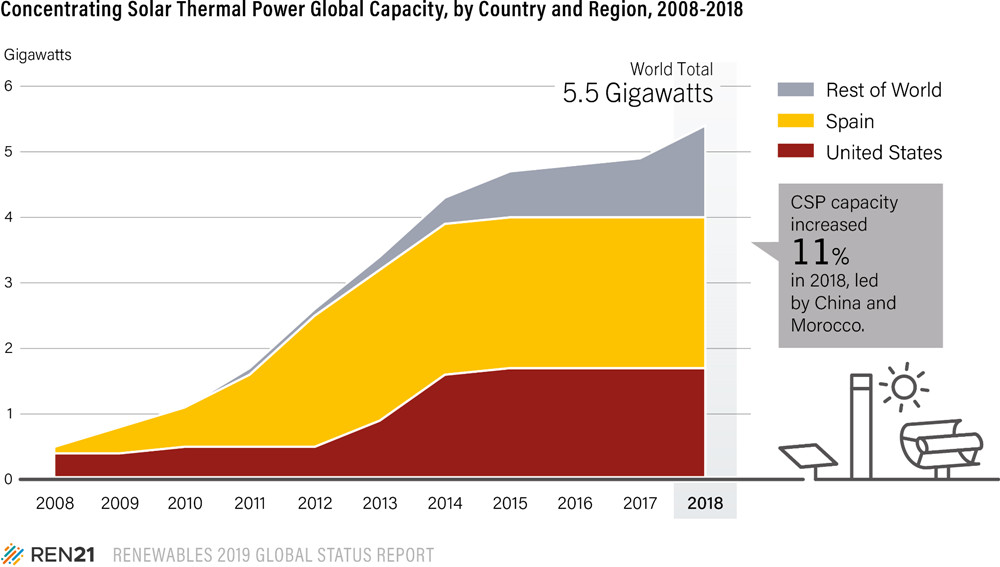 A recent analysis of power generation costs from the International Renewable Energy Agency (IRENA) revealed that CSP fell more steeply in cost last year than any other renewable technology.

It declined 26 percent year on year, double the rate seen in onshore wind and PV, and has dropped 46 percent since 2010. 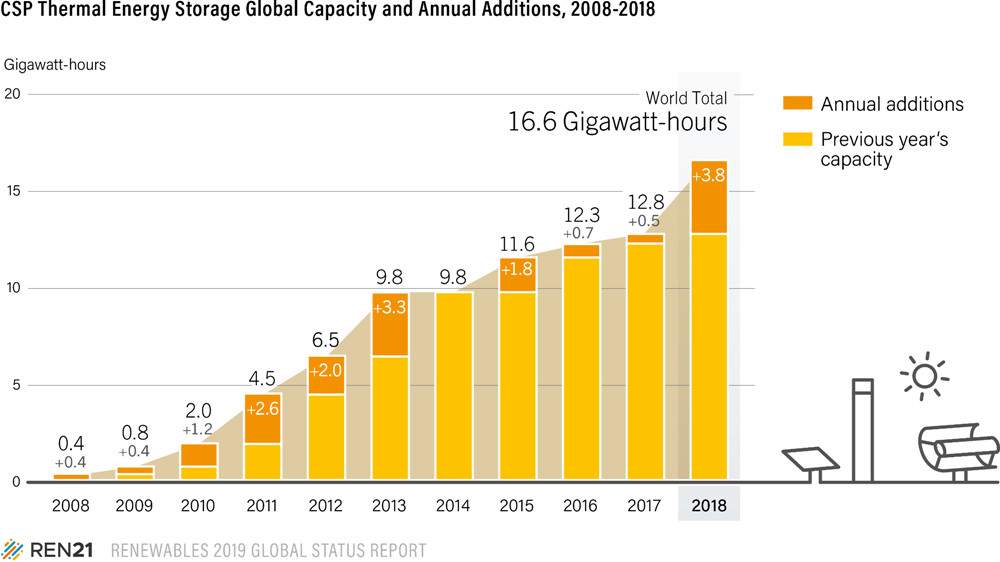 IRENA said the rapid drop in CSP prices last year “should be treated with caution” because of the limited number of projects going ahead in 2018. At the same time, though, CSP deployment is set to rise in China this year, making a rebound in average global costs unlikely. 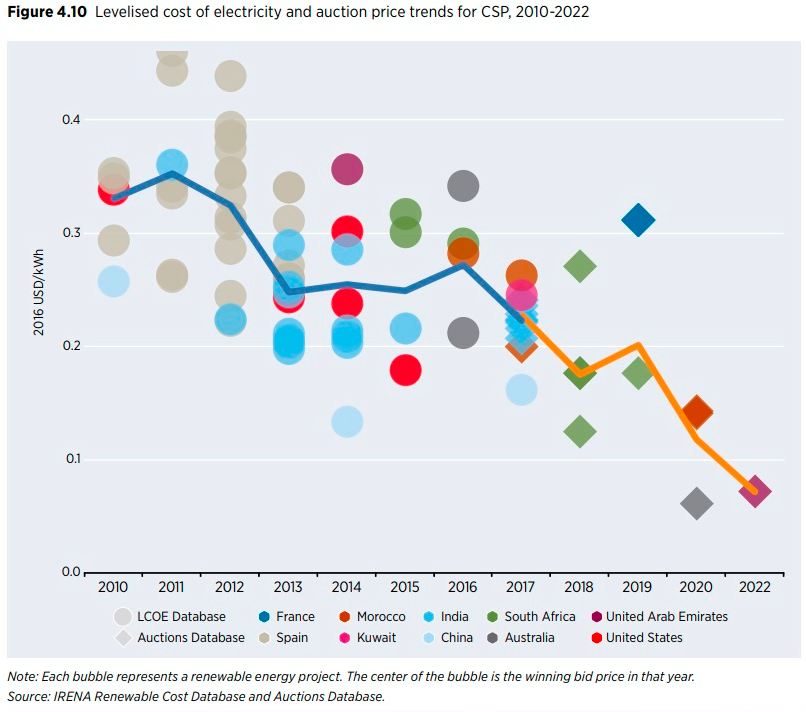 Instead, IRENA predicts average CSP costs will continue to descend through to 2020, hitting between $60 and $100 per megawatt-hour, or roughly the same level as offshore wind.

Between 2018 and 2021, said the agency, “CSP will experience a real step change in costs,” falling 61 percent over the period or 27 percent year on year. 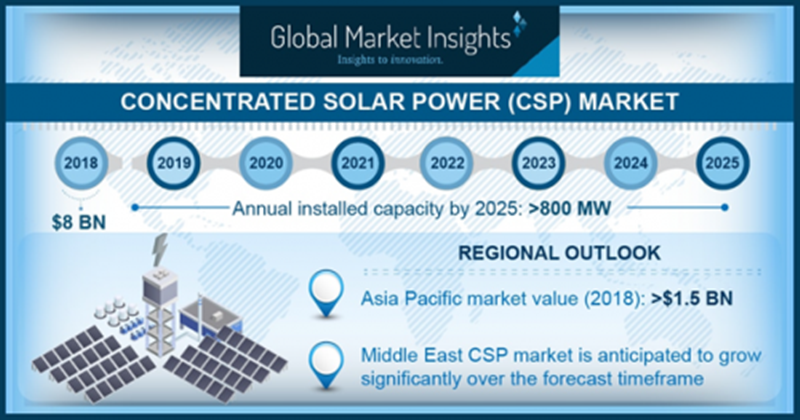 Once again, IRENA urged caution with the prediction because it was based on data from just five plants due to come online between 2020 and 2021. But industry insiders are confident the technology can become significantly more competitive.

Scale has been a sticking point for CSP so far. Although CSP’s global installed capacity has grown more than four times since 2010, it still only added up to 5.5 gigawatts at the end of 2018. That’s the same as where PV was at in 2005, according to IRENA figures.

CSP has been slow to grow in the last decade mainly because PV raced ahead of it on cost, but also because of the economics of plant development.

The cost effectiveness of CSP technology improves with direct normal irradiance levels and also with increasing plant size, which means the most competitive plants are the ones that require the biggest amount of upfront funding.

This has tended to limit the appeal of CSP to markets that are both very sunny and not afraid of digging deep to fund infrastructure projects.

More recently, attention has shifted to the Middle East and North Africa (MENA), where CSP is of interest for its local content potential and because, unlike PV, it can easily store thermal energy, within massive tanks of molten salt, for use after sundown.

MENA is where most recent cost reductions have come from. In July 2017, for example, a Dubai Electricity and Water Authority tender attracted a record-low CSP bid of $94.50 per megawatt-hour.

And this year, developer ACWA Power of Saudi Arabia was reported to be targeting a cost of close to $50 per megawatt-hour at another Dubai project, the 950-megawatt Noor Energy 1 hybrid CSP and PV plant.

These cost reductions have come about in part thanks to the appearance of Chinese players in the CSP supply chain. Chinese interests have partnered in Middle Eastern projects, for example with state-owned investment vehicle Silk Road Fund participating in Noor Energy 1.

This activity seems partly aimed at gathering experience that can be put to use in China’s rapidly growing national CSP market.

The U.S. National Renewable Energy Laboratory lists more than 1.6 gigawatts of Chinese CSP capacity spread across 25 plants in operation or in various stages of development.

But China’s ability to push prices down is unlikely to benefit the American CSP industry, which gave up hunting on home turf some years ago.

Although the Department of Energy continues to support CSP, landmark power tower projects such as Ivanpah have been slammed for killing birds and American plants have suffered from performance issues.

By 2017, a lack of national projects had led U.S. developer eSolar to close and forced its larger rivals BrightSource and SolarReserve to pursue opportunities in the Chinese market. Neither of the companies’ websites have posted any announcements in the last year.