The Bokpoort concentrated solar power (CSP) project has set a new winter production record of 21.7 GWh in August, surpassing a prior winter record of 19.5 GWh set in 2017. 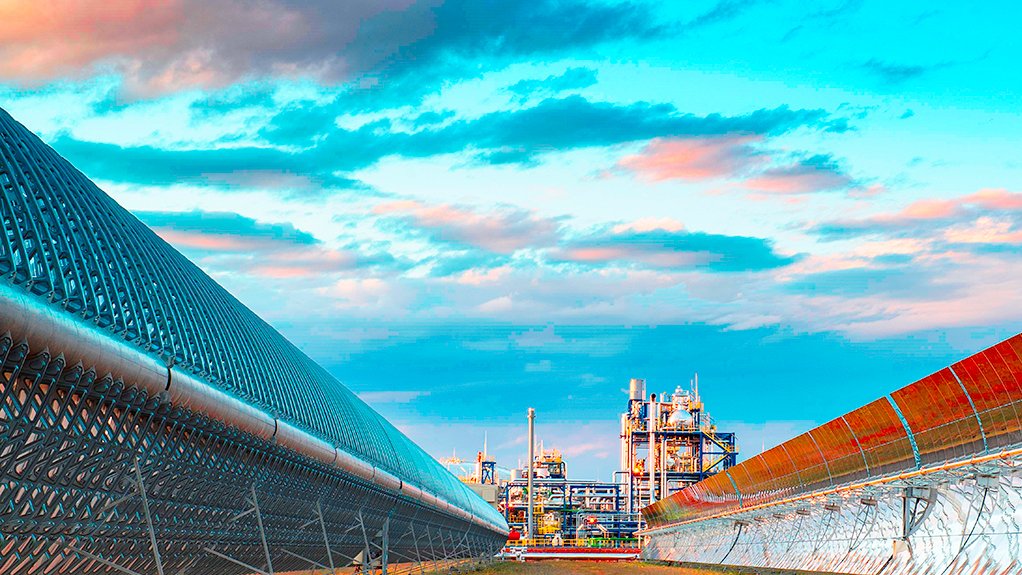 The 50 MW CSP parabolic trough power plant is now in its fifth year of operation, after being approved during the second bid window of the Renewable Energy Independent Power Producer Procurement Programme.

Bokpoort CSP CEO Christo Spammer says the achievement is significant, given the growing global need for enhanced storage and dispatch capabilities, along with considerable cost reductions in CSP technology.

The plant clocked production of 902 MWh in a single winter’s day on August 31, which is the highest production ever recorded in a single 24-hour period in winter. This is equivalent to about 18 hours of full load operations akin to baseload technologies.

The 9.3-hour thermal storage facility of Bokpoort CSP also enabled the plant to effectively support the grid with power during the critical evening peak – between 16:00 and 22:00, while maintaining a peak hour load factor of about 82% for this period on a daily basis.

The Bokpoort CSP project has received several awards over the last four years for its benchmarking performance and delivery.

First, the African record of 161 hours of continuous operations for a renewable energy plant, with non-stop day and night production in March 2016, followed by a new summer month production record of 27.5 GWh in January 2019, and now the achievement of the new winter month record as well.

“Given the significant pressure the power system is under with regular load-shedding, this performance is truly valued by all,” says Bokpoort CSP chairperson Nandu Bhula.

Acwa Power, which is the lead shareholder in Bokpoort CSP, explains that renewable technology development and deployment around the globe have significantly intensified and the future of CSP in this mix remains exciting.

“With the consistent plant performance of Bokpoort CSP and similar plants across South Africa, recent global price trajectory, along with quick build time, high localisation potential and job creation benefits, the advantages of CSP are multi-fold.

“While battery costs are falling thereby increasing the competitiveness of PV plus storage, CSP with storage remains more economical over longer dispatch periods and can offer baseload power generation, including ancillary services needed by the grid operator,” Acwa states.

With well-established efficiencies, including cost benefits, undoubtedly CSP technology should take its rightful place amongst other suitable renewable technologies, in pursuit of the collective goal of achieving energy security in South Africa, it concludes.