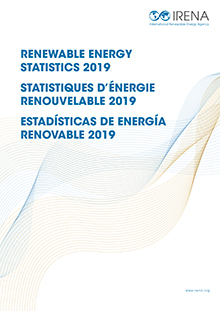 The yearbook also includes statistics on investments in renewables spanning 2009-2017, compiled from the OECD-DAC database and 20 major multi-lateral, bilateral and national development financial institutions. The investment data is presented in millions of United States dollars (USD million) at 2016 prices.

Data on renewable power capacity represents the maximum net generating capacity of power plants and other installations that use renewable energy sources to produce electricity. For most countries and technologies, the data reflects the capacity installed and connected at the end of the calendar year.

Capacity is presented in megawatts (MW), while generation is presented in gigawatt-hours (GWh). Pumped storage, although included as part of hydropower data, is excluded from total renewable energy.

Electricity generation and capacity datasets from the year 2000 onwards are also available through a dashboard on data and statistics pages.