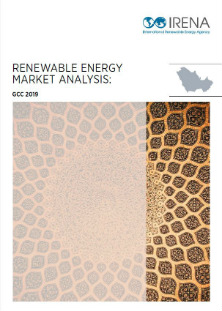 This report from the International Renewable Energy Agency (IRENA) explores the prospects for renewables to diversify both national economies and the combined GCC energy mix, while also helping the region meet climate commitments and contribute to the 2030 Agenda for Sustainable Development.

Abundant resources, together with strong enabling frameworks have led to solar PV prices of below 3 cents (USD 0.03) per kilowatt hour and dispatchable concentrated solar power (CSP) of 7.3 cents per kilowatt hour, which is less than some utilities in the region pay for natural gas.

The report serves as an update to IRENA’s 2016 study, Renewable Energy Market Analysis: The GCC Region.