The analyzed potential to install renewable energy projects is distributed, by technologies, as follows: 81% corresponds to photovoltaic projects, 8.2% to wind power, 6.3% to solar thermal, 3.5% to investments in offshore wind energy and 0.6% in biomass. 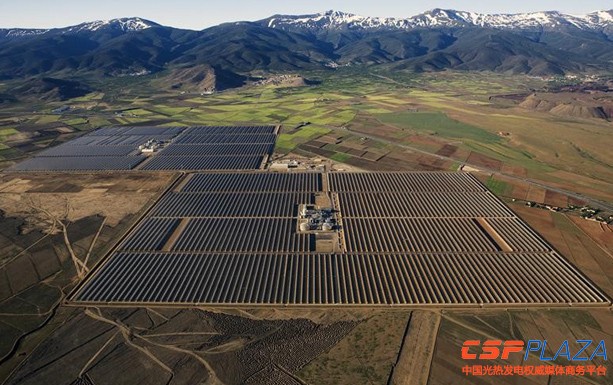 The Junta de Andalucía, through the Agency of Finance, Industry and Energy, has proposed to Red Eléctrica de España (REE) the renewable energy potential analyzed in the autonomous community, which yields an important figure of more than 300,000 megawatts ( MW).

The study, carried out by the Andalusian Energy Agency, has been prepared to respond to the guiding principles approved for the new binding planning, approved by Order TEC / 212/2019, of February 25, which initiates the procedure to make proposals for the development of the electric power transport network with horizon 2026, which incorporates, for the first time, the need to maximize the integration of renewable energies in the network.

In line with the model defended from Andalusia, the new planning should include those infrastructures that allow a greater integration of renewable energies in the national electricity system to contribute to the fight against climate change, reduce our energy dependence and guarantee safety and quality of supply throughout the national territory.

The autonomous communities have a term of three months, which expires on June 2, to present their proposals for infrastructure planning of the transport network. From there, the transport network manager, REE, has a period of six months more – until November of this year – to propose its binding planning proposal for the period 2021-26.

To develop the Andalusian proposal, in addition to the study indicated, the Ministry of Finance, Industry and Energy made a public consultation among the promoters of renewable projects with interest in the community, which resulted in a 20,641 MW power bag. The purpose of this consultation is that the proposal of the autonomous community be supported by the agents and entities representative of the renewable area and have coherence, both with the potential of the region and with the necessary infrastructures for its evacuation.

«Andalusia needs an ambitious development of its electric power transport network to contribute to the Integrated National Energy and Climate Plan in relation to its renewable potential,» said the Minister of Finance, Industry and Energy, Juan Bravo. A plan that contemplates a new renewable power of 57,000 megawatts (MW) in the whole of Spain for the horizon of 2030. «The aspiration of the Andalusian community passes, by potential and ongoing projects, to install at least 45% of that objective, that is, 25,650 MW, «said Bravo.

At the end of 2018, the community had installed 6,104 MW of renewable electric power and has another 9,689 MW of projects whose access to the network has been authorized. However, at present there are at least 32 saturated knots in Andalusia that have practically no capacity for the connection of new projects, in addition to six large axes that extend through areas of high renewable resource and that are either already saturated or they are in the saturation phase, and where there is more demand for this type of initiative. According to the estimate of the Andalusian Energy Agency, the current available capacity is 4,531 megawatts (MW), which is insufficient to achieve the objectives set. Therefore, it is essential to undertake investments to provide Andalusia with a transport network capable of evacuating the energy generated by renewable projects and expanding current capacity.

This has been transferred by the Minister of Finance, Industry and Energy, Juan Bravo, to the heads of REE during a meeting held in Madrid, in which the Secretary General of Industry, Energy and Mines, Natalia González, also participated. and the managing director of the Andalusian Energy Agency, Jorge Jiménez.

China International CSP Conference（CPC2019） is to be held  on 10-12,July,in Suzhou, China. During the conference, Global CSP professionals will conduct in-depth exchanges with each other about the development of Concentrated Solar Power.