ACWA Power leads a consortium which over the next few weeks is expected to conclude financing of more than $2 billion for a 950 megawatt (MW) concentrated solar power project in Dubai.

The loan, provided by a group of mostly international banks, will back the development of Noor Energy 1, a $4.3 billion project expected to be the largest single-site concentrated solar power plant in the world.

Noor Energy 1, jointly owned by ACWA Power, China’s Silk Road Fund and the Dubai Electricity and Water Authority (DEWA), is the fourth phase of Mohammed bin Rashid Solar Park in Dubai, a project that aims to reach a capacity of 5,000 MW by 2030.
The project financing, which one of the sources said will be $2.2 billion in total, has different maturities going up to around 25 years. 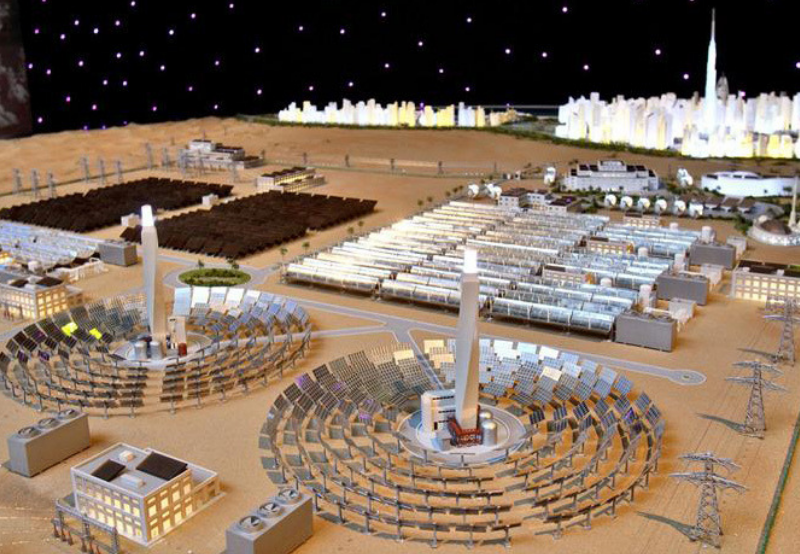 Brexit: Flags of the United Kingdom and the European Union painted onto a brick wall with a large crack

In November DEWA signed an amendment to a power purchase agreement with ACWA Power, adding 250 MW of photovoltaic solar panels to an original plan of 700 MW.

Following the amendment, the total investment required for the project reached 16 billion dirhams ($4.36 billion), the Dubai utility said at the time.

Shanghai Electric has been hired as engineering, procurement and construction contractor.