The concentrated solar power plant, owned by Abengoa, IDC, PIC and the Community Trust, has passed the guaranteed production tests in record time. With a capacity of 100 MW, the solar thermal plant provides clean and sustainable energy even in hours without solar radiation thanks to its molten salts storage system of more than five and a half hours. 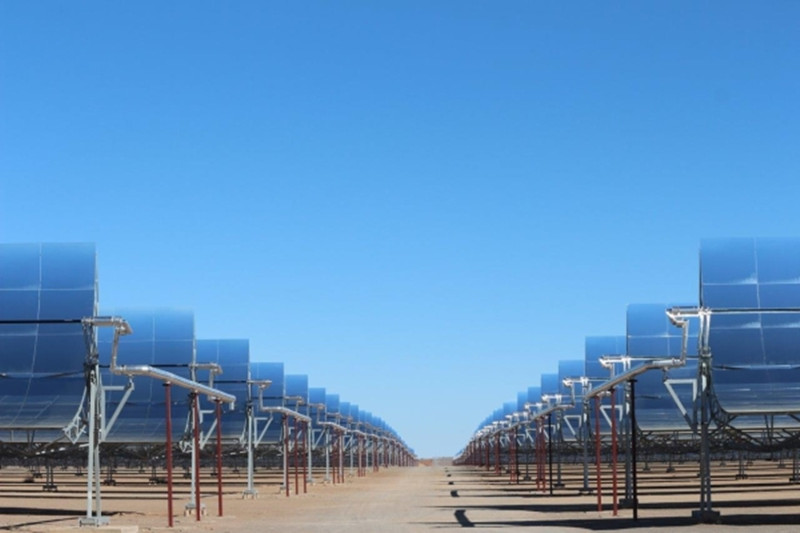 The concentrated solar power plant uses Abengoa’s technology and is the first to deploy the parabolic trough collector with biggest aperture in current commercialized applications.

Abengoa (MCE: ABG/P:SM), the international company that applies innovative technology solutions for sustainability in the infrastructures, energy and water sectors, has broken records thanks to the solar power plant Xina Solar One, promoted, built and operated by Abengoa in South Africa and owned by Abengoa, the Industrial Development Corporation (IDC), the Public Investment Corporation (PIC) and the Community Trust, by passing the guaranteed production tests in record time: only 16 months.

The guaranteed production period measures the production performance of the plant for 12 consecutive months in a 24-month period. In this case, Abengoa has recently received the official confirmation of this milestone, after the mandatory analysis of the Lenders Technical Advisor and the subsequent agreement of the Lenders. The plant achieved that goal at the end of the first 16 months of operation since the PCD (Practical Completion Date) was obtained on August 1, 2017, that means on November 30, 2018, and reaching a ratio of generated versus guaranteed equivalent energy of 100.6 %.

Xina Solar One, developed, designed, built and operated by Abengoa, with a capacity of 100 MW, applies the new generation of parabolic trough collector, also manufactured by Abengoa, Spacetube 8.2++, which is the parabolic through with biggest aperture in current commercialized applications. Its innovative design resulted in important improvements regarding its optical accuracy, optimization of assembly and a reduction in manufacturing and installation costs.

Likewise, Xina Solar One has achieved uninterrupted generation of more than five consecutive days, without interruptions during night time and in the summer months, thanks to its molten salt storage system that allows the production of electricity when there is no sun.

In addition to this, water consumption and auxiliary consumption were also below the expected levels. In particular, the water consumption in a hydrologically sensitive area has drastically decreased after the first months of operation, reaching a ratio of 0.15 m3 /MWh.

Xina Solar One, which is the third thermosolar power plant built by Abengoa in South Africa after Kaxu and Khi Solar One, is supplying clean energy to more than 95,000 South African households and prevents the emission into the atmosphere of 348,000 tons of CO2 each year.

Commitment to safety and health

On the other hand, since its commissioning, the plant has not registered any significant safety and health incidents. In fact, last August 1, 2019 two years were celebrated without Lost Time Work Accidents since the plant entered the phase of commercial operation on August 1, 2017. This milestone, which adds to 418,339 man-hours with only two first aid cases recorded, is the result of the work and commitment shown by all the parties involved in the project.

Abengoa has a world leader position in the solar sector having constructed solar plants in four continents with an installed base of 1.7 GW, which represents the 34 % of the worldwide production.