The International Renewable Energy Agency (IRENA) has reported that energy generation and installation costs of concentrated solar power (CSP) projects fell sharply in 2018, down more than 40% from 2010. 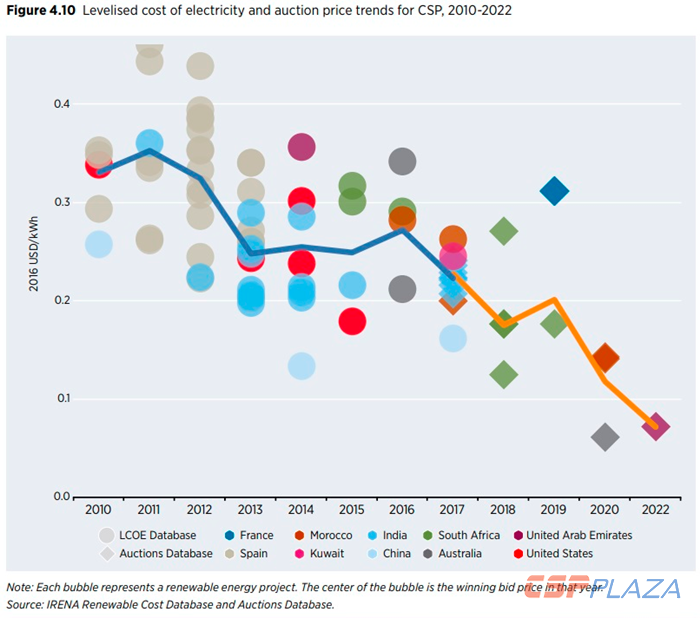 The agency has pointed out that despite being less popular compared to other renewable energy technologies, CSP holds significant promise in the future, with its costs expected to decline further. 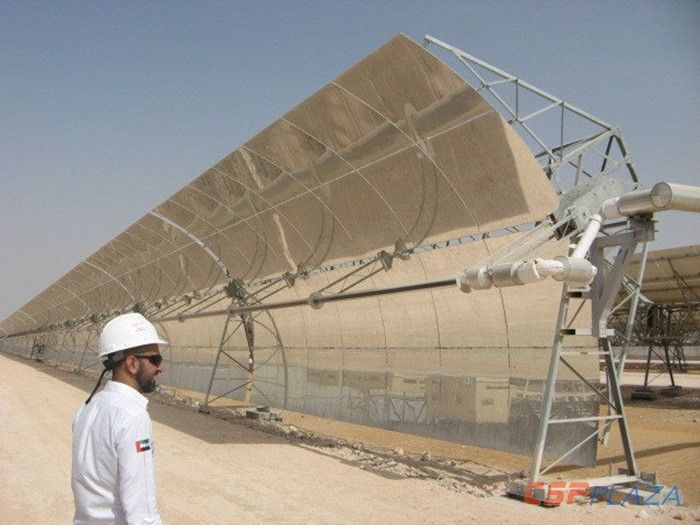 This parameter is indicative of the lifetime costs of energy generation at net present value. The weighted average LCOE of CSP projects in 2018 was reported as 18.6¢/kWh, down 26% from 2017 and 46% lower than in 2010. IRENA calculated this figure on the basis of plant size as well as technology. Only ½ a gigawatt of CSP capacity was installed in 2018, with dominance by China, Morocco, and South Africa. 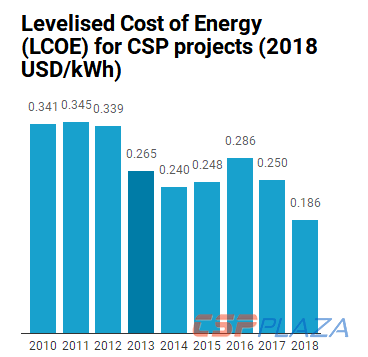 IRENA notes that the main reason behind the decline in the LCOE is improved supply chain in China, improved developer experience, and competitive auctions in the last few years.

The weighted average installed cost has also declined 28% in 2018 to $5,204/kW. This is around 41% lower than the cost in 2010 and 50% lower than the cost in 2011. Apart from the inherently high costs related to CSP projects, the installed cost is also high due to the low number of project commissioned in any year. However, installed costs are expected to decline over the coming years as more projects are expected to the commissioned in China and the Middle East–North Africa (MENA) region. 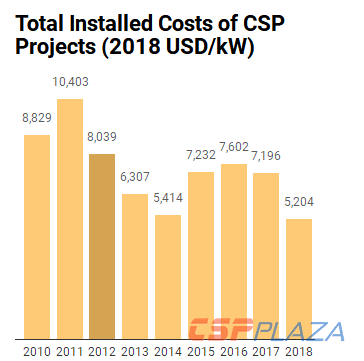 Capacity utilization factor for CSP projects has also improved substantially, up 15% in 2018 and up 50% from 2010. At 45% capacity factor, average performance of CSP projects is at all-time high in the last 9 years. IRENA notes that this jump can be explained by the increase in installed capacity in countries where direct normal irradiance (DNI) is higher. More power plants are being installed in China, and the MENA region where solar radiation resource is much more abundant compared to traditional CSP markets like Spain. 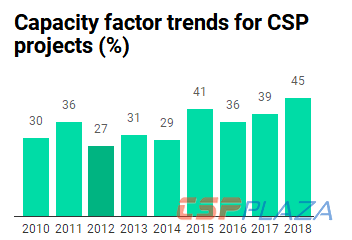 Future LCOE & Use of CSP

IRENA sees CSP LCOE dropping to the range of 6–10¢/kWh in the near future. This would be a direct result of the competitive auctions held in the MENA region, growing developer experience, and improved supply chains. While just 5.5 gigawatts of capacity are operational worldwide, IRENA sees an essential role of CSP in the renewable energy mix given its ability to provide dispatchable renewable energy through the use of storage technology. The agency expected an increased role of CSP in regions with high shares of fluctuating energy technologies, like solar PV and wind energy.

On July 10th ~ 12th, IRENA Senior Representative Simon Benmarraze will appear in Suzhou to attend the 6th China International CSP Conference (CPC2019), and make a speech entitled “Global CSP Industry Development and Cost Reduction Roadmap” . At the same time, he will  will be invited as the awarding guest of CSPPLAZA AWARDS 2019.

Don't have an account？Sign up！